Know who has to give of tall of water supplies and light and how much cost is one of the subjects that more controversy generate in the field of the leases. In IMOPRAT launch you a bit of light on this question.

Surely, the majority of floors for hire that you visit have been inhabited by somebody before that you, so that they already have to have the services given of tall and only need a change of titularity. However, if you go to rent a floor of new work it will be necessary to give of tall the services of water, light and gas, if has, thing that costs a money, that like minimum, will do that you ask you: I have to pay it I or the owner? And How much costs?

It imagines that you want to rent a floor in The Prat of llobregat, precisely in a recently ended up edifice to build and whose floors do not have the services of water and light given of tall. In this moment will need to know how much costs to give of tall the basic services and who supposes that it has to pay this formality to end up to take the decision on if it interests you or no said hire.

Well, the Law of Urban Leases (LAU) says that the consumption of the supplies that spend individual counter will be to charge of the tenant, and also says that the owner has the obligation to hand a house in conditions of habitability, but does not specify at all about who has to give of tall the services.

Besides, the supplying companies concede the tall to any client that contribute a title to occupy the house, already was  to the tenant with the agreement of lease, or to the owner. By this motive, is a negotiable question among the two parts. In a lot of cases the owner accesses to pay it, but no always and will do lacking to arrive to an agreement. An usual solution is to pay it half.

In any case, to give of tall the new supply needs :

The Cédula of habitability, and if the house is of new construction the First Licence Occupation or of First Opening.
Certificate of installation of Low Tension issued by an electrician accredited.
The Photocopy of the DNI, Passport or NIE.

Regarding the cost, according to the trading company holaluz, the costs to give of tall the supply of the light depend on the distributor and ascend to €230 roughly by a power of 4'6 KW.

The cost to give of tall the water and the installation of the counter will depend on the company municipalsuministradora and of if this is of public management, private or mixed, although it is used to rondar among the €120 and the €300. This price varies according to the category of the house, that classify with letters basically in function of the number of baths, aseos and laundry rooms that have the house and of if this has garden or terrace with start of water. Those that more sources of water have the house, more expensive is to give of tall the supply. The documents that have to present are practically the same that in the case of the light.

In case that you also need to give of tall the natural gas, have to know that the price, as in the case of the light, includes several concepts: The rights of tackled fixed by the price of access of gas and the rights of tall that depend on the Autonomous Community, both are used to rondar the €200 for a standard floor.

Now already you know that give of tall the water supplies and light will cost you an average of €400, €200 additional if you also need gas, a quantity that can equivaler to a mensualidad, by what is worthwhile to negotiate with the owner.

What will pay of mortgage? 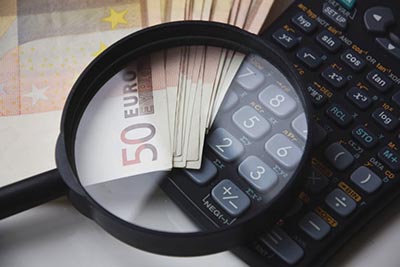